Sunday in the Salt Marsh 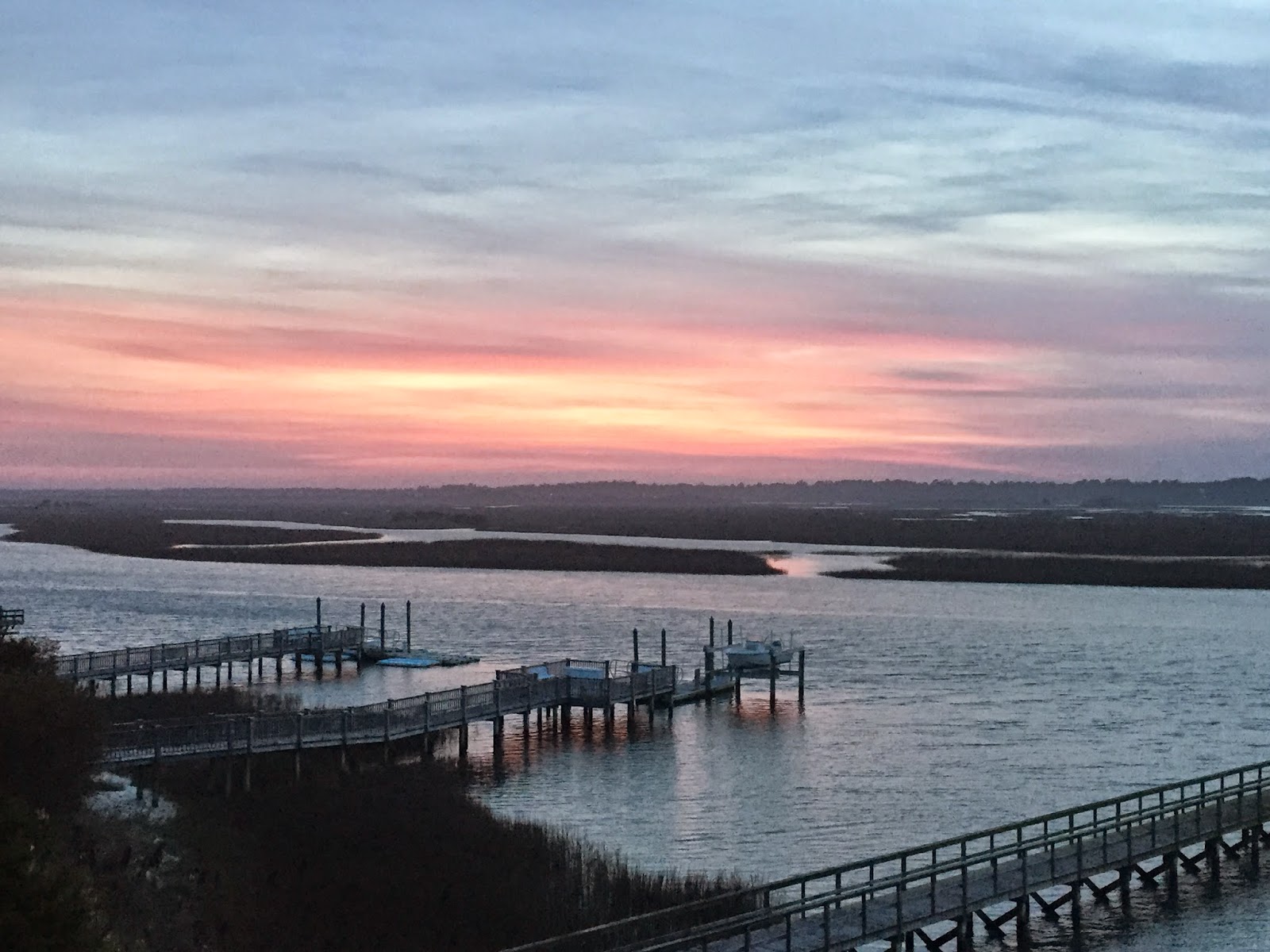 Friday was more than breezy.  Saturday was more of the same.  Throw some rain in there and time spent with the family - walking and biking and eating and drinking and eating some more.  Not much of a window for hard fishing, and the time that was there proved fruitless for a fly-only (most of the time) kind of guy like me.  Haven't broken out the old Penn rod and reel for a while.  Sunday was Easter.  Church then lunch.  Didn't hit the water till 3 or 4.  It was less than mid tide, and I decided to not run too far, checking out what my brother and I've called Mullet Creek since we were little.  A ways down there's a deep hole, with a bit of an undercut bank that reminds me of a trout stream where a big brown could be hiding, waiting to pounce on a sculpin.  Can't see the bottom even with the clear cold water of early April.  I hoped for a tug.  Out there in God's real church.  A big black drum or speck.  Nothing. 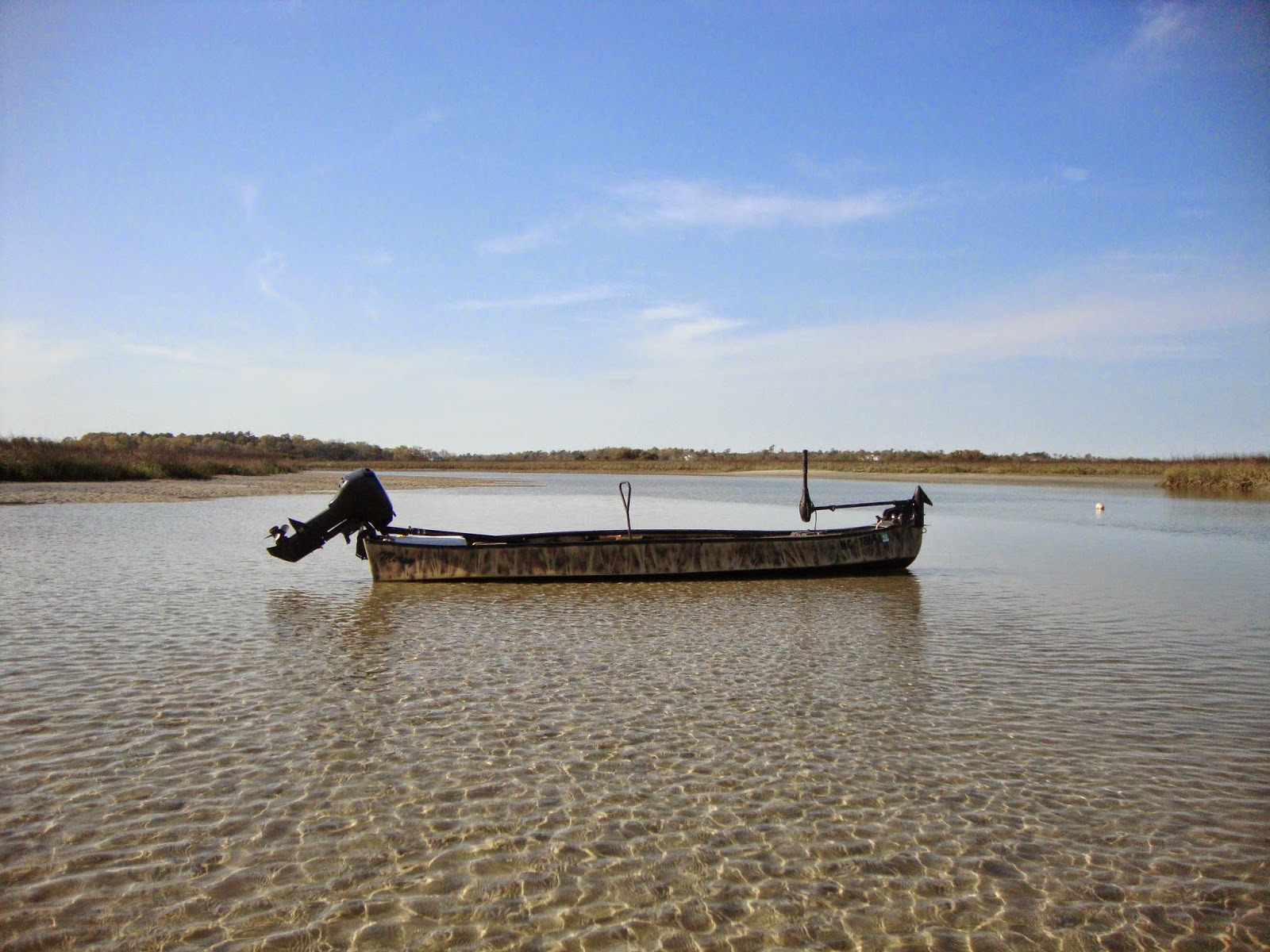 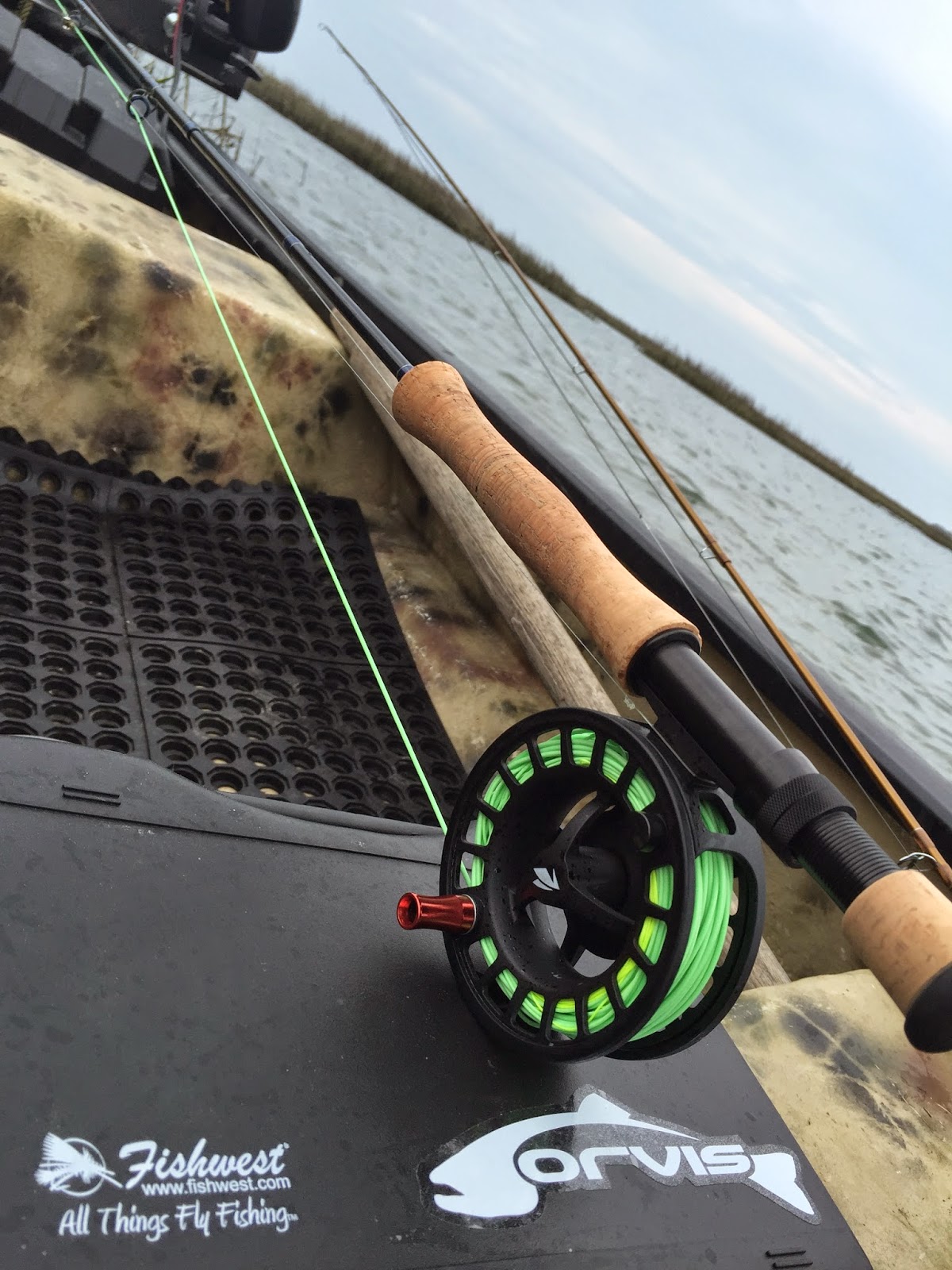 It was getting late.  The tide was fairly low.  So I hauled to another deep hole, back a ways, in a different creek.  I snuck to the windward side of this bigger hole, where it branched into several smaller creeks, filling back up with the tidal salt.  Got out the 350 grain sinking line.  Enrico Puglisi minnow.  Cast.  Let it sink.  Strip, Strip, Strip.  Sink.  Strip.  Times 3.  Cast.  Wait.  Strip.  Set!  And a  nice speck was in the boat. 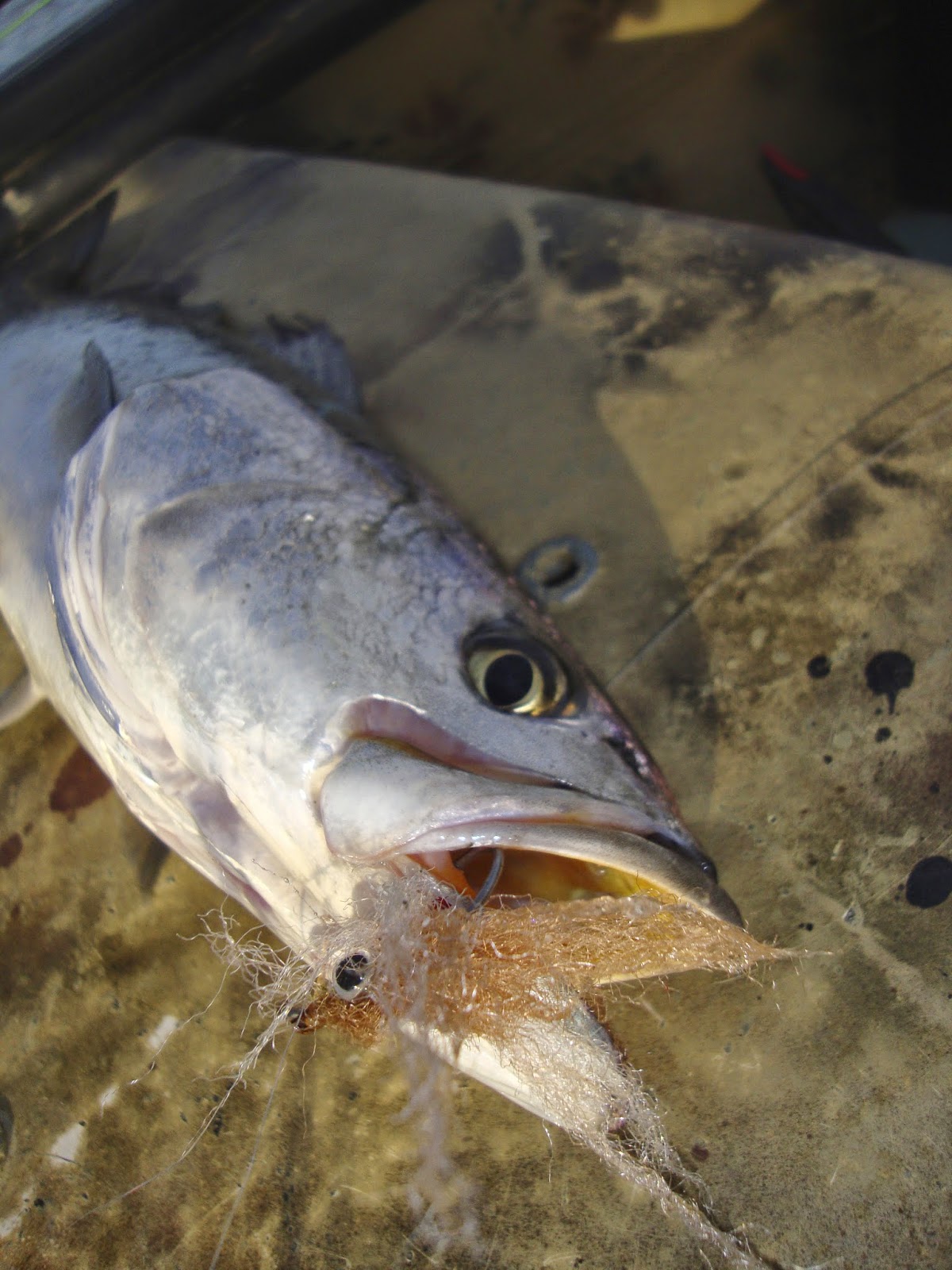 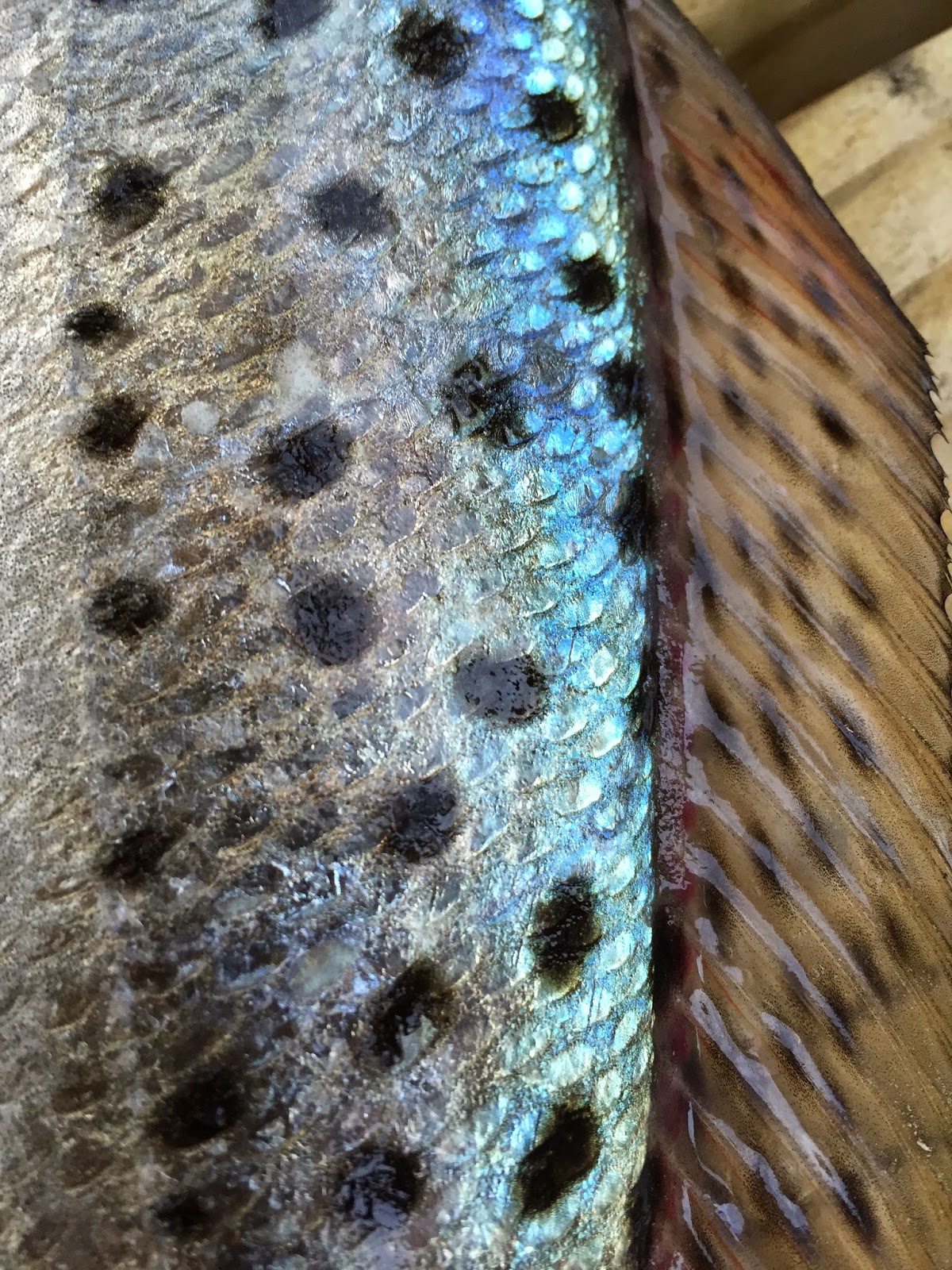 Not a bad way to end the afternoon.  Hauling through the creeks, throwing some flies, and a nice Easter Sunday trout.

Posted by robdanielh at 7:14 PM