Since mid May, I'd been living up in Washington, in the big city, with all its people, buildings, monuments, ever-confusing traffic circles, its Metro system, and not nearly as much fishing as I'd have liked. I was wishing I was fishing. 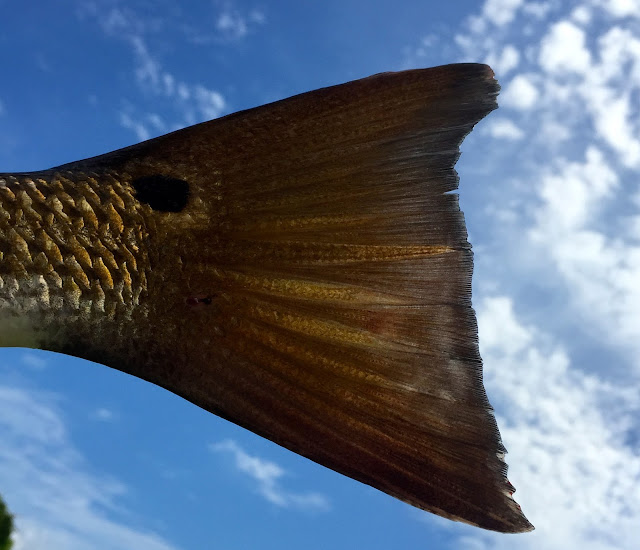 Of course, there was absolutely no way that I couldn't buy a fishing license and try to fish while I was up there.  I'd give urban fishing a try.  I fished the Potomac and a few other spots a time or two with the little free time I had.  But the only thing I got for my efforts in the muggy stench of the nation's river was a few shad (I missed the rockfish by a few weeks), and several rejections from stubborn carp.  I had hoped for the hard fight of an invasive snakehead, but no luck there either.  Awesome city, tons of fun, great people, but I was starting to feel clostraphobic, I needed openness, I needed a boat running all out, running through the creeks, running 50 or so miles out to the stream.  I needed that tailing redfish, mucking through the mud in the spartina grass, I needed to strip that topwater fly across, pushing water, I needed to hope for that explosion of water, strip set.

So I pointed the truck south, to get my salt fix. 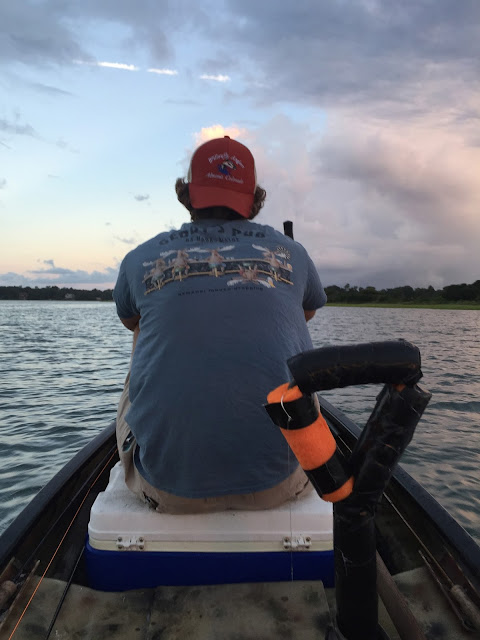 Early morning my brother and I poled the Gheenoe, the small skiff that's been a very versatile and inexpensive fishing craft, into the flooded grass, super skinny, skinny enough so a jon boat would have trouble floating in the green expanse. 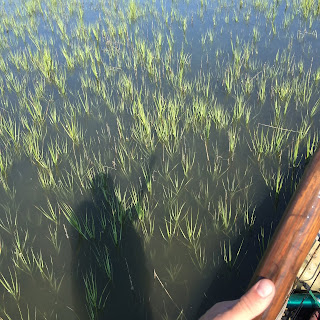 The fish were there, but there were few tailers.  The reds in the grass just weren't having any of it.  So as the tide started to fall, we fished the creeks.  Little luck.  It was starting to smell a little bit skunky.

We were tired, hungry, and it was heating up, so we cranked the outboard, and ran back.  But on the way, we decided to fish a section of docks and pilings that have produced before, but not always.  So I cut the motor, and we glided as close as we needed with the boat's momentum.  I threw the fly first, and nothing - slim chances with only floating line. David, armed with the spin rod, tossed a soft plastic on a red jighead right by a rotting, barnacle covered piling. David bumped the jig, let it sink back down, and bumped it again. The tip of the rod showed the slight tick, tick, tick. Then, Wham. Doubled over, line whizzing off the reel without a tight enough drag.  Later that copper colored back showed through the slightly muddied, more green than blue water. 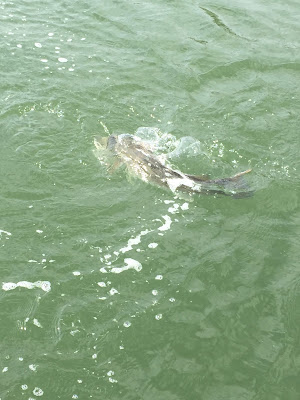 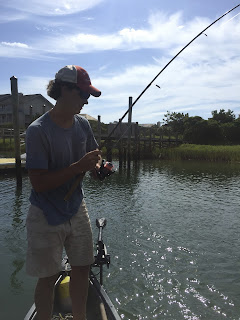 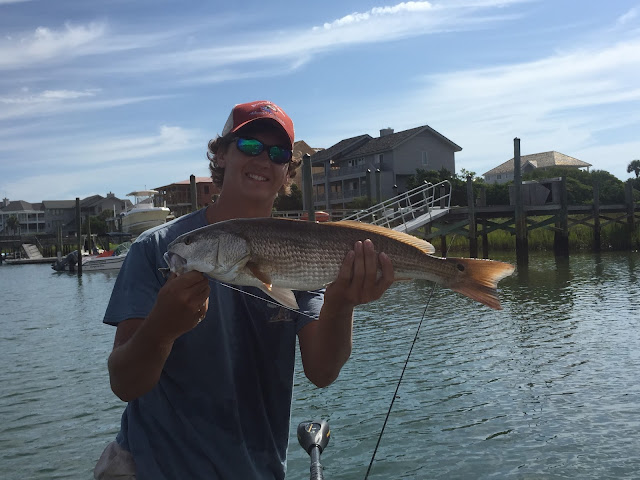 I got that salt air I needed, fished inshore, offshore, fried up some fish. And, sometimes,  I guess you've got to let the spinning rod win. 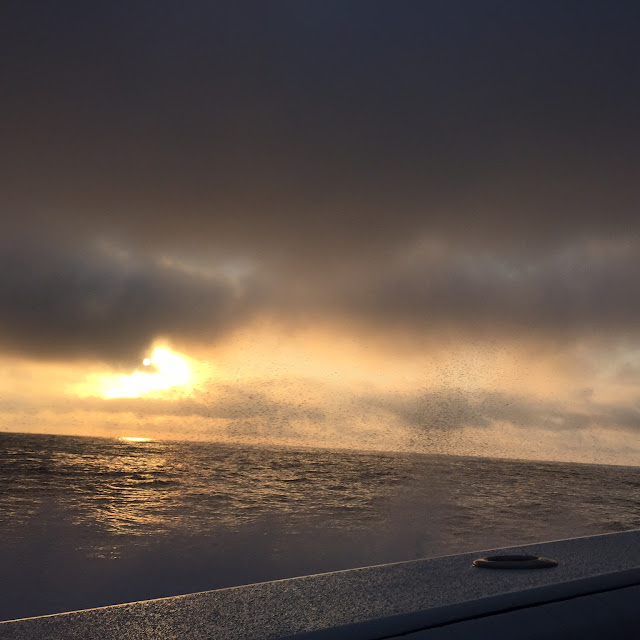 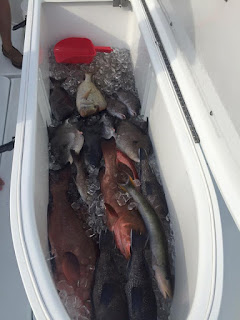 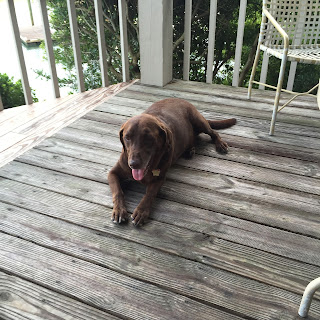 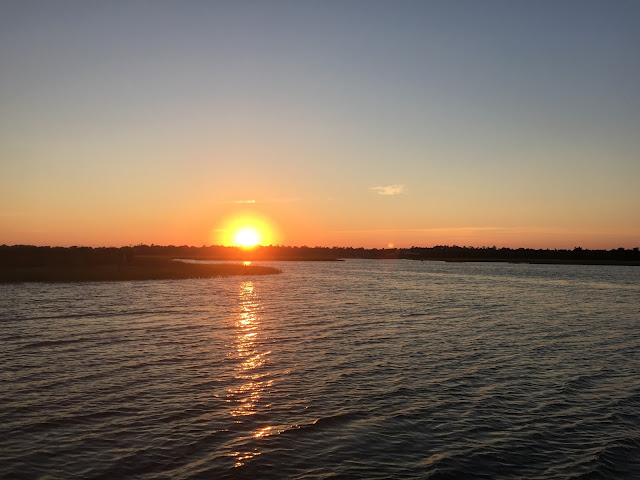 Posted by robdanielh at 2:59 PM