A Streetlight of a Moon

It was Thanksgiving morning, pre-sunrise, close to the Northeast Cape Fear, and my brother and I trudged through the flooded millet field, out to the duck blind. 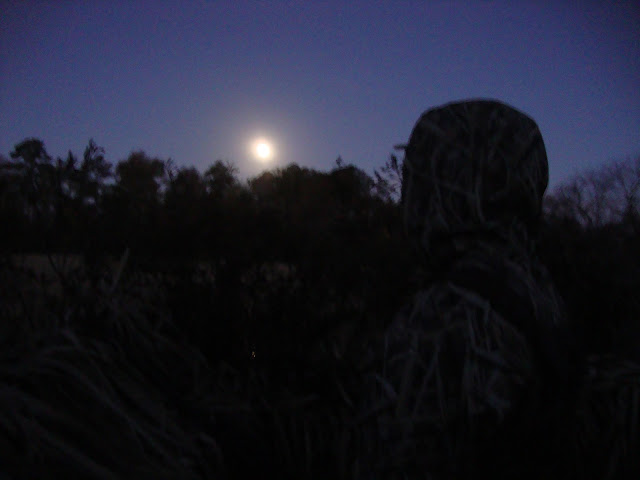 A beaming full moon, almost no wind, and a temperature gauge reading about 55.  The conditions were not exactly what I'd call "ducky."

We'd spent many a morning in that blind, with passed down decoys, passed down guns, maybe one of our dad's old Army wool sweaters and a Cabela's jacket all under neoprene waders, a can of Vienna sausages, and number 3 steel shot.

We set up, trying to get the decoy spread just right, taking the almost non-existent breeze into account, and we waited. Several minutes before shooting time, as usual, wood ducks began to whistle past, flying from their roosting grounds in a morning search for food.  The woodies kept flying after shooting time, 6:24, but we weren't in the flight path.  No shots.  And some time later, that remained the same.  No birds, no shots for us, until my brother broke the silence.

"Shh. don't move, ease down. Mallards."  A group of mallards were up, you could see their beating wings above the tree line, getting closer and closer, and closer.  They were almost to us, that familiar excitement running through our veins, eagerly watching the birds, but keeping our faces down.  Then they were there, almost right on top of us, and we picked birds, and managed to drop one or two.   And we even bagged another few from a second group a few minutes later.

We picked up - the birds and the decoys -  and headed back to the cabin to see how everyone else on the property did. 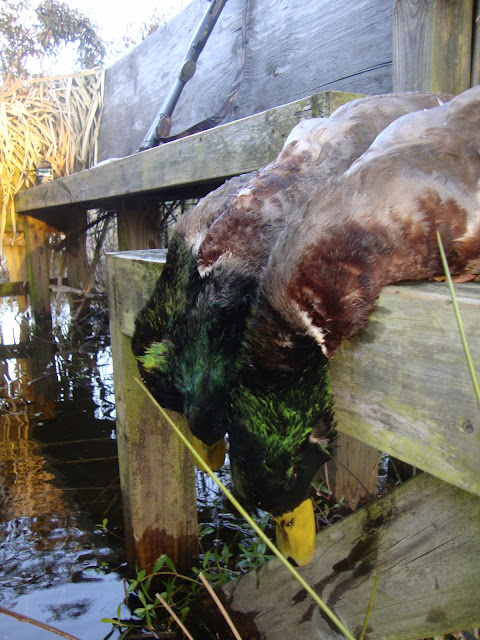 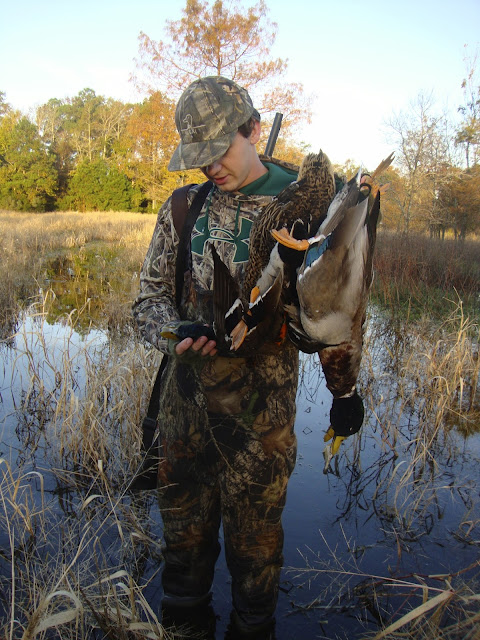 "How many times you boys miss?" we were asked, and we replied, "Well, miss?… I'm not even sure what that word means to tell you the truth!"

Even in less than ideal conditions, with that streetlight of a moon, we shot birds, big ducks at that. 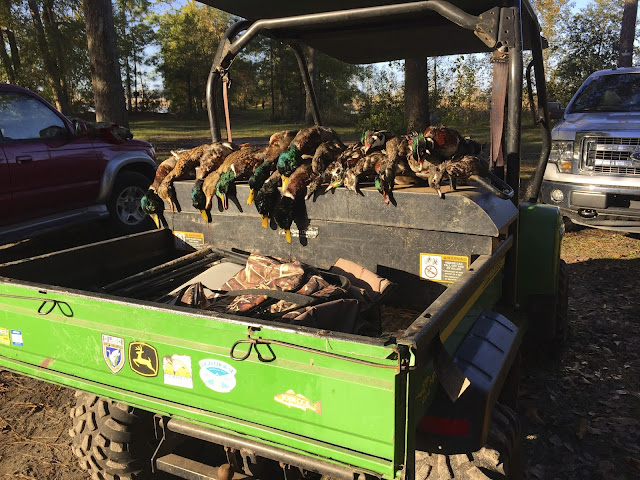 There was the beauty that only sunrise in the swamp allows.  There was the company of close friends and tall tales and lies around an early morning fire.  There was a wet pat on the head for the tired, but happy duck dogs.  There was the breakfast of eggs, sausage, and a piece of toast in the old A-frame cabin.

Later, there'd be turkey, and all the fixings.  And maybe, there'd even be a few oysters and beers. 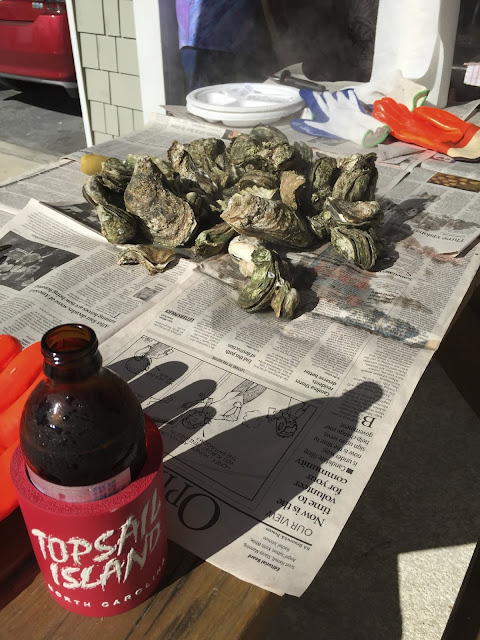